The gardens of Herrenhausen (Herrenhäuser Gärten) in Hanover, Germany, originally consisted of four gardens of which the centrally located Große Garten is one of the most important baroque gardens in Europe. The origins of this garden start in 1638 when Duke Georg von Calenberg started the construction of this garden and accompanying buildings. His son continued the works and had a castle and accompanying pleasure garden built. 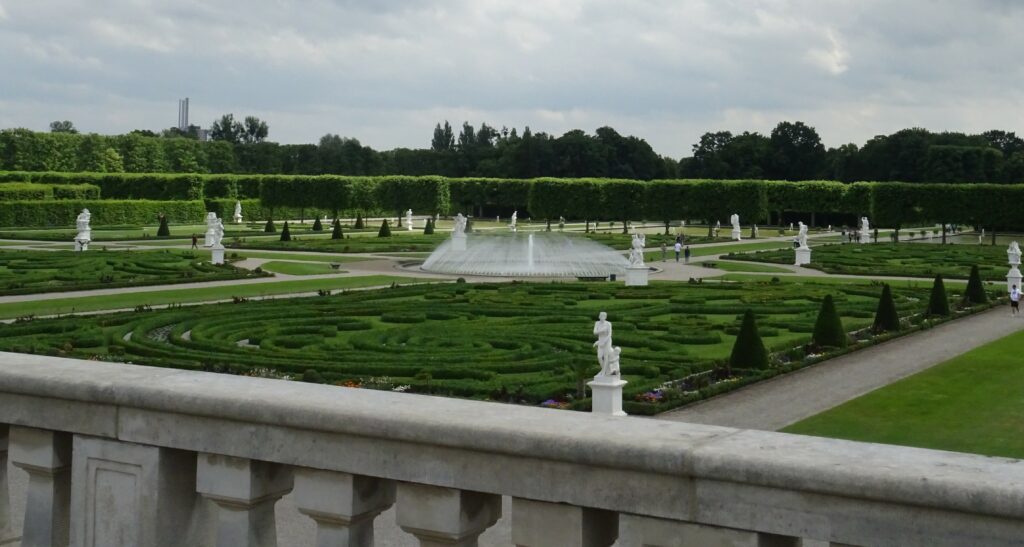 In 1692, after several additions, the garden was inaugurated by Ernst August, Elector of Brunswick-Lüneburg. With its 200 hectares the garden in 1710 was about the same size as the inner city of Hanover where 10,000 people lived. Electress Sophia van de Palts, who spent her childhood in the Netherlands, had the garden redesigned in the style of Dutch Baroque.

From 1819 to 1821 the castle and orangery were renovated. The garden fell into obscurity because the owners at that time resided in London and no longer cared about their Hanoverian garden. Thus the Große Garten escaped the general trend of transforming Baroque gardens into landscape gardens. After having served as a royal residence of George V of Hanover for a short period of time, the domain no longer had any social significance due to the annexation of Hanover to Prussia in 1866 and was further neglected.

The city of Hanover bought the domain in 1936 and had it modified several times. Eight special gardens were created, including an octagonal maze (Irrgarten), based on a 17th-century plan. During an air raid in 1943, the castle was destroyed and it would take until 2011 before it was rebuilt on the same site. A special feature is the redesign of the Grotte with mirror mosaics, carried out in 2003 by Niki de Saint Phalle associates.

Today Herrenhäuser Gärten is one of the most beautiful historic gardens in Europe which attracts many hundreds of thousands of visitors every year who enjoy the imposing garden in the style of bygone days. 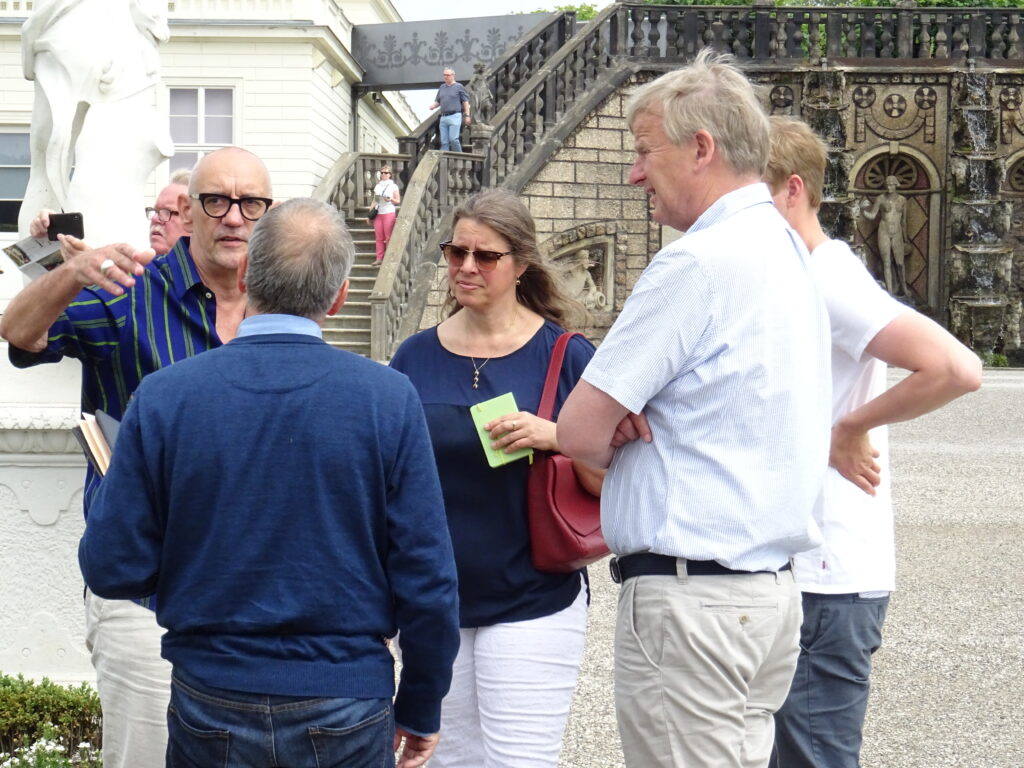 The current Buxusbroderie consists largely of Buxus sempervirens ‘Blauer Heinz’ and is in urgent need of replacement. Therefore we were contacted in 2019 by our German distributor Baumschulen Bruns. After a site visit, we opted to carry out a test with 3 low varieties from our Betterbuxus® assortment: ‘Renaissance’, ‘Heritage’ and ‘Babylon Beauty’ which were planted in April 2020. These three varieties are extensively tested for their vigour and pruning capabilities before a final choice is made for further replacement.

We are delighted to be able to participate in the renovation of this beautiful, impressive baroque garden. 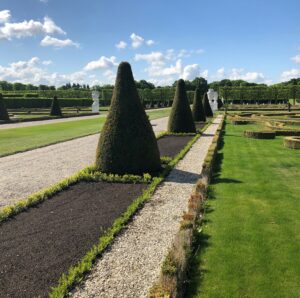 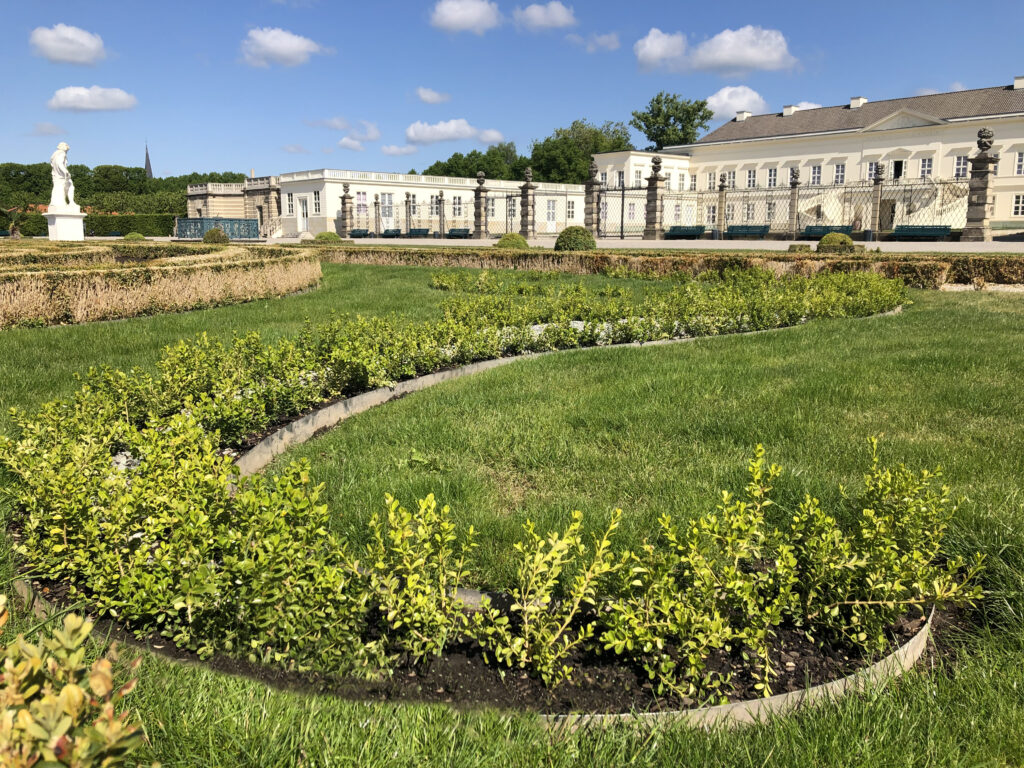 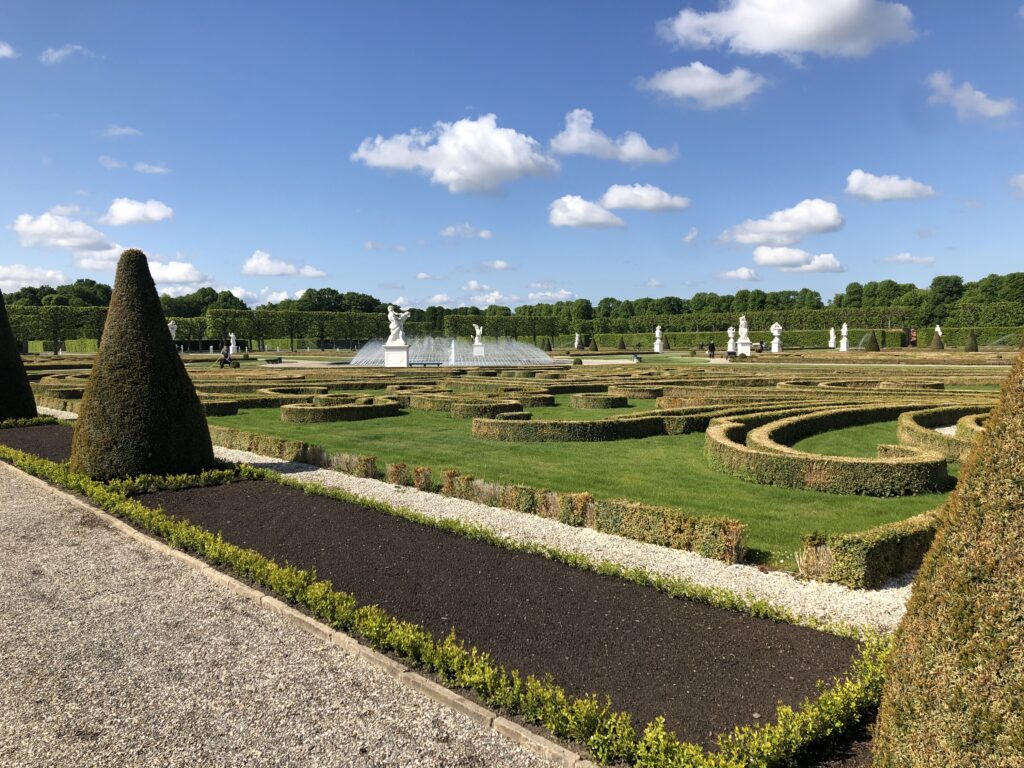 Betterbuxus® hybrids are resistant varieties developed in the breeding program of Herplant BV and are resistant to Calonectria (Cylindrocladium).

Any cookies that may not be particularly necessary for the website to function and is used specifically to collect user personal data via analytics, ads, other embedded contents are termed as non-necessary cookies. It is mandatory to procure user consent prior to running these cookies on your website.